Jonathan's Coffeeblog: Don't Shrug Her Off 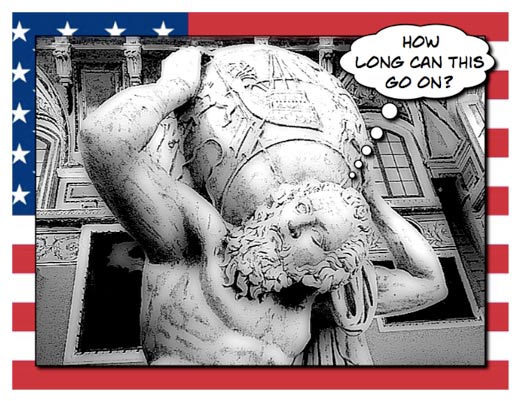 I have long been, and still am, a fan of the great Russian-born Hollywood screenwriter, novelist, philosopher, and radical advocate of capitalism, Ayn Rand. Her name surfaced again recently in a Newsweek article which blamed her for the current worldwide financial meltdown. This is not about that, however, but about a movie made about Miss Rand by Showtime, an adaptation of Barbara Branden's book, "The Passion of Ayn Rand," which I saw on a Netflix rental DVD. I loved the movie, which I had never seen though it came out in 1999.

Interestingly, watching the movie gave me a great sense of relief while at the same time it actually increased my admiration for Miss Rand and her writing. Why the relief? The movie is a superb illustration of the maxim, "the perfect is the enemy of the good," and rightly or wrongly Miss Rand's reputation has been associated with an exaggerated utopian ideal of perfection.

The plot, based on actual events, is simple: Miss Rand leads a literary discussion group where she gives young people of the post-World War II era a vision of a personal and political philosophy promoting reason, purpose, and self-esteem, as alternatives to fascism, Marxism, and religious dogma. An attractive woman in the group, Barbara, meets a handsome, rather smug and ruthless young man, Nathan, and Miss Rand encourages the match which leads to marriage.

Nathan, however, drawing ever closer to Miss Rand, and she to him, begins an affair with her which ends in disaster. Blinded by Nathan's smugness and ruthlessness, both women, bitter and humiliated, terminate their relationship with each other and with Nathan. The novel, and therefore the movie script, presents Barbara's personal viewpoint on the debacle.

Miss Rand (which is what she liked to be called by her fans), a refugee from the Soviets, was critical of irrational self-sacrifice for its own sake, and she had honed the art of political rhetoric as sharp as a samurai's blade. Her statements, sometimes misunderstood, and sometimes understood all too clearly (as in the case of Newsweek) earned her vicious enemies thrughout the political spectrum, who piled on, are still piling on, and will doubtless pile on to the end of this century. Tweaking the noses of her detractors, she came out in favor of the dollar sign, the commercialism of Christmas, skyscrapers, and cigarettes, the last of which probably contributed to her death in 1982. Her most famous novel was "Atlas Shrugged," about scientists and businessmen who go on strike to protest a collectivist regime based on a moral ideal of self-sacrifice for its own sake.

Nevertheless, Rand has presented much of the political wisdom of the Founding Fathers of the United States of America and attempted the monumental task of explaining it in philosophical terms in order to make it accessible to any literate, intelligent person. Although she personally repudiated political libertarians, her work is a beacon to anyone who is concerned about the massive loss of American liberty which has been going on since decades before Miss Rand's death, and which is escalating as I write this.