Jonathan's Coffeeblog: Footsteps on the Moon

[Old ideas never die, unless they're blown away.] 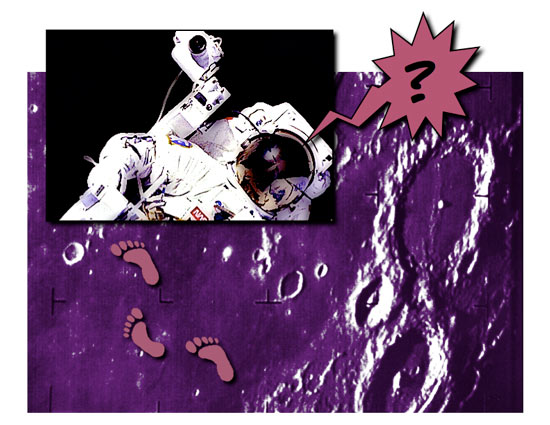 Back in 1969, when Neil Armstrong became the first human being to set foot on earth's moon, I remember something that was reported on television. The bootprints of the heavy space suit footwear made impressions in the loose topsoil of the moon's surface, and because the moon has no wind to blow the bootprints away, it was predicted that they would be there for millions of years. Millions. Literally. That, to me, was "mindblowing," in the jargon of the era. Years later, when I became interested in the origins of ideas, and the course of history of these ideas, I began to realize that ideas, too, have the potential to last forever in the minds of humans unless there is some "wind" that eradicates them. Moreover, it takes a lot of such "wind" over a long period of time, to extinguish an old idea from human memory.

An example of such an idea is the premise that objects in the sky, including the moon itself, have the property of influencing human lives. In a few senses, at least, that is true. Should the sun disappear or explode, life on earth would be wiped out. The menstrual cycle of the human female comes curiously close to the duration of one cycle of the phases of the moon. What I am referring to, however, is the astrological premise that the alignment of celestial objects, as they appear on earth, has an influence on the fortunes and personalities of the people who live there. Astrology and its assumptions are "footsteps on the moon" ideas that have never been blown away by science, and probably never will.

Two areas of human endeavor are riddled with such old ideas, which have never been blown away by the winds of reason: religion and politics. It is not my purpose here to identify specific religious and political ideas, but to point out that they exist. The implications are important. Just as astrology has a firm grip on human belief in spite of lack of hard evidence, equally dubious ideas in the realms of religion and politics are not likely to go away, unless refuted by scientific study; and even if that happens, such ideas will resist disbelief.